Al-Marsad Newspaper: Singer Rabah Saqr attacked a tweet in comments on “Twitter” because she criticized his voice and described her fans as “dressed.”

A tweet called “Shawq” commented on Rabeh Saqr’s tweet announcing the release date of his new album, saying, “I’m sure no one but his clothes can hear him. No one feels heard. ”

And “Saqr” responded to the song with great emotion and said, “First, respect yourself and secondly, respect the people who hear me. I will not make mistakes with you, but thanks to your knowledge of literature, everyone sees people with their own eyes. ”

And the song came back to answer “Saqr” with the words, “I respect myself, and that’s a forced look you accept, and as what people are certainly listening to, you can’t teach me anything else, but you can learn how to develop your performance and work on yourself. ” 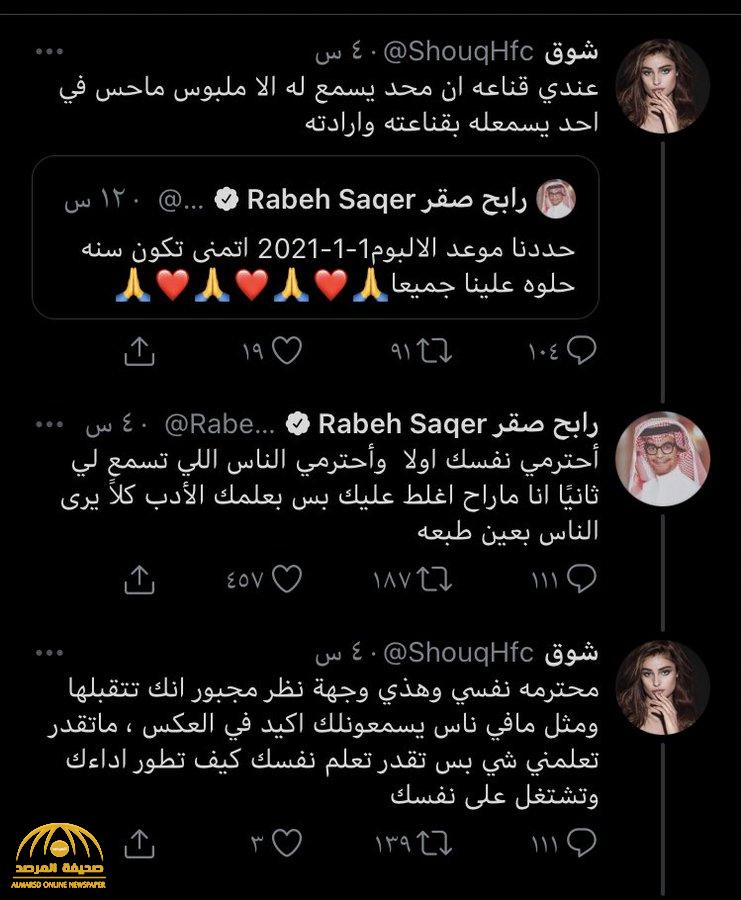