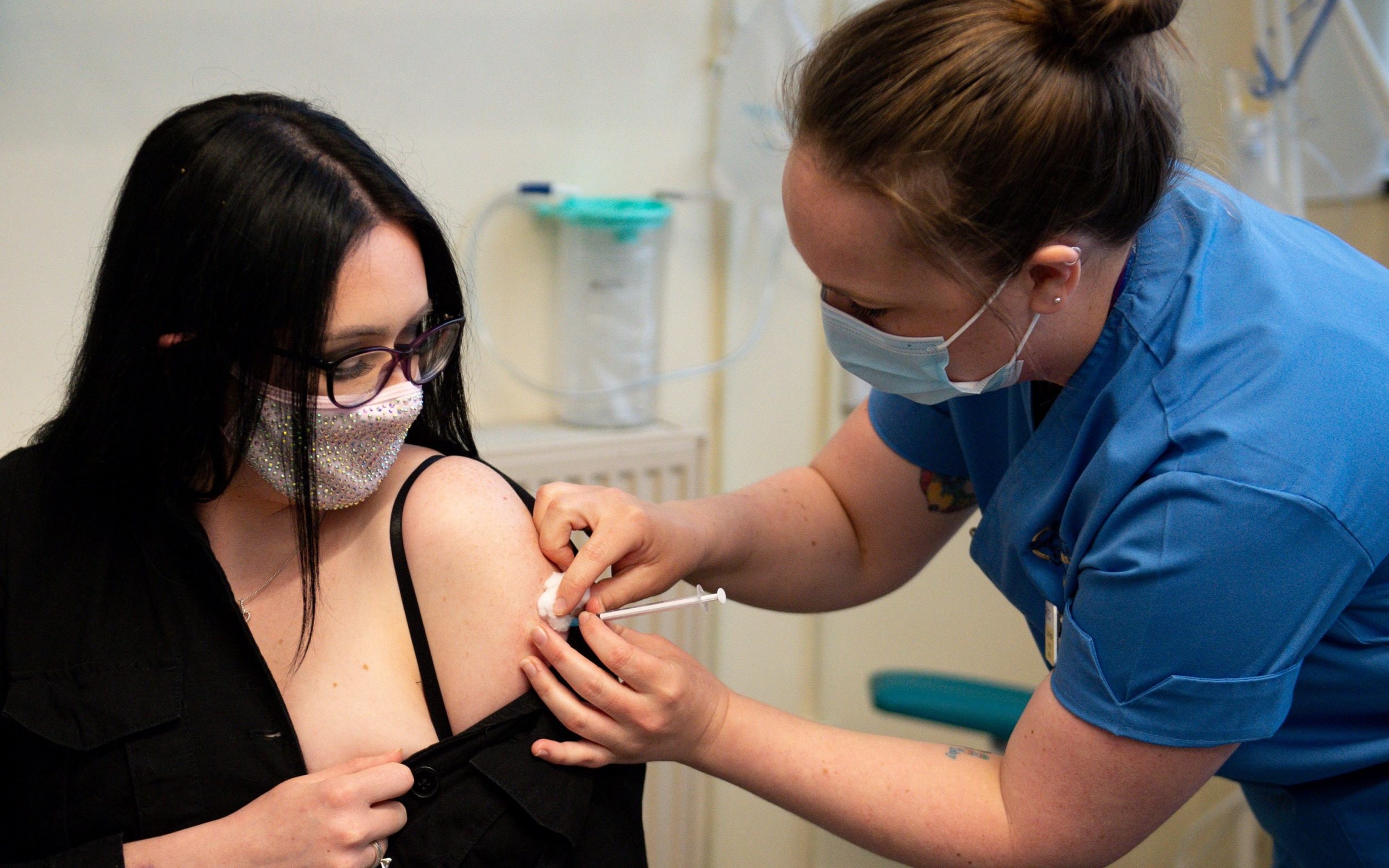 In Scotland, First Minister Nicola Sturgeon said the first batch of Moderna had arrived in the country on Monday and will be delivered over the coming months.

It has not been confirmed when the rollout of the UK’s third vaccine will begin in Northern Ireland.

Ms Taylor said she had only found out on Tuesday evening that she was to be the first Briton to receive the Moderna jab in the UK.

“It was great, the nurses were lovely and it didn’t hurt,” she said.

She added that she was aware of concerns about patients receiving the Oxford-AstraZeneca vaccine developing rare blood clots but said that she was not worried.

“I had heard but it doesn’t concern me too much, and I guess if it happens, it happens and I am in the right care if I need it, and I feel happy that I’ve tried the new one,” she said.

The trial of the Oxford-AstraZeneca vaccine in children has been paused while regulators investigate reports of a rare form of blood clot among adults.

More than 31 million first doses of either the Pfizer or AstraZeneca vaccines have been administered in the UK, according to Government data up to April 5, while more than five million second doses have been given out.

Asked how she felt to be a trailblazer for millions of other people, Ms Taylor said: “I feel thrilled and really happy and honoured, and I just hope it goes well for everybody.”

‘Choice of Angadi’s wife is not dynastic politics’