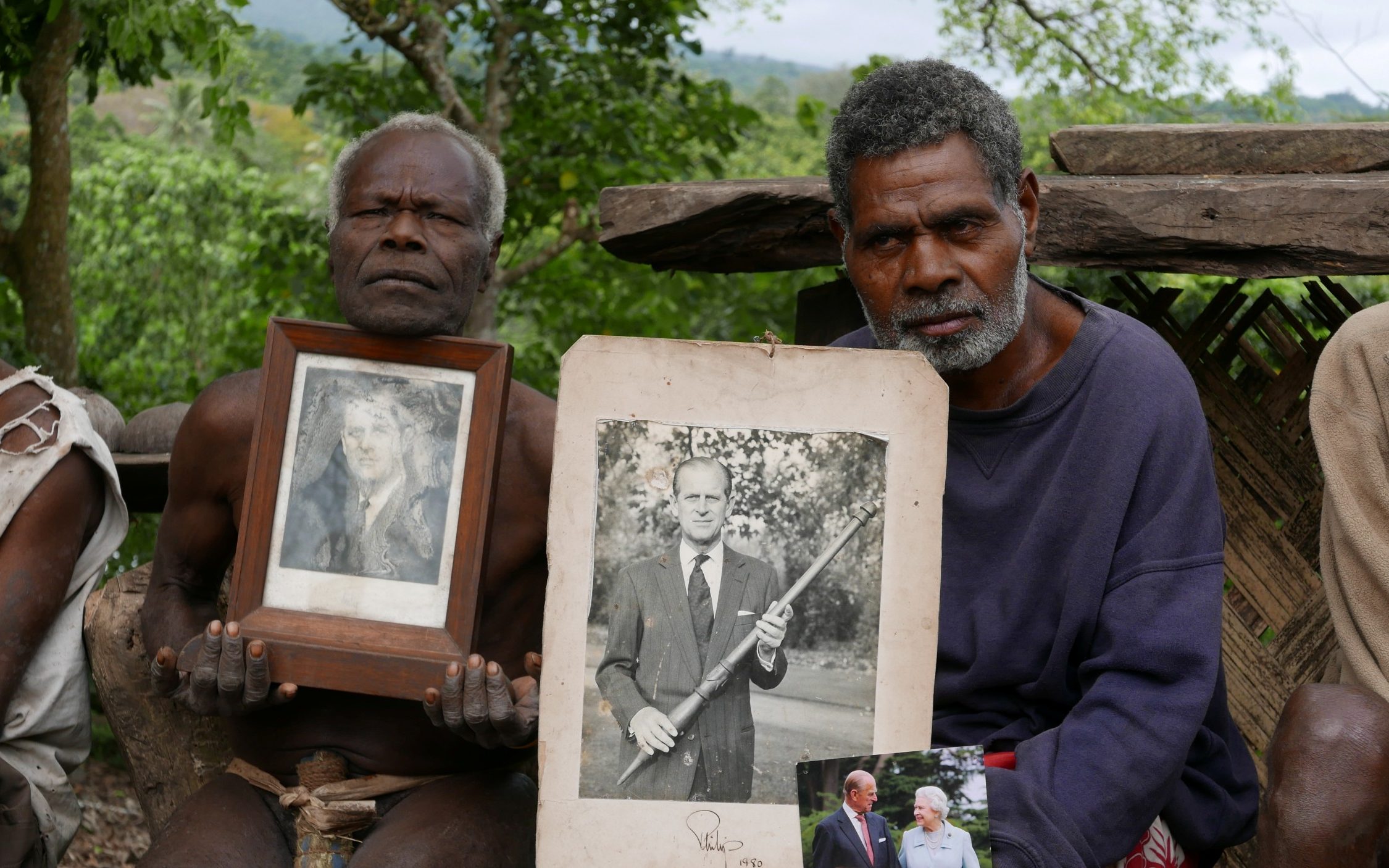 The Prince Philip Movement originated decades ago when Vanuatu was known as the New Hebrides, an Anglo-French Condominium or colony.

The islanders came to associate the Queen’s consort with an ancient prophecy that said a spirit from Tanna would venture far away in search of a powerful woman to marry.

Elements of Christianity such as the Second Coming of Christ, taught to the islanders by missionaries, were blended into their beliefs.

The prince’s cult-like status received a boost when he paid a state visit to the New Hebrides in 1974 – six years before independence was granted to the Condominium, nicknamed “the Pandemonium” because of the confusing clash of French and British language, police forces, judicial systems and schools.

The prince was well aware of the belief in his divinity. He sent the islanders a signed, official photograph of himself, which became a prized possession among his followers.

In return the villagers sent him a traditional pig-slaughtering club called a nal-nal. He in turn sent back a photo of himself holding the club.

It is not just on Tanna that the Duke’s death has been met with sadness. People on Malakula, another island in Vanuatu, are also “very sad”, said Mr Huffman.

“The prince visited the island and took part in traditional rituals. They gave him titles and set up dolmen stone monoliths in his honour. In Vanuatu, if you want to solidify your position you have to take part in rituals and receive titles.”

Vanuatu, a member of the Commonwealth, has a population of just 300,000 people but boasts more than 130 different languages, making it one of the most culturally diverse countries in the world.