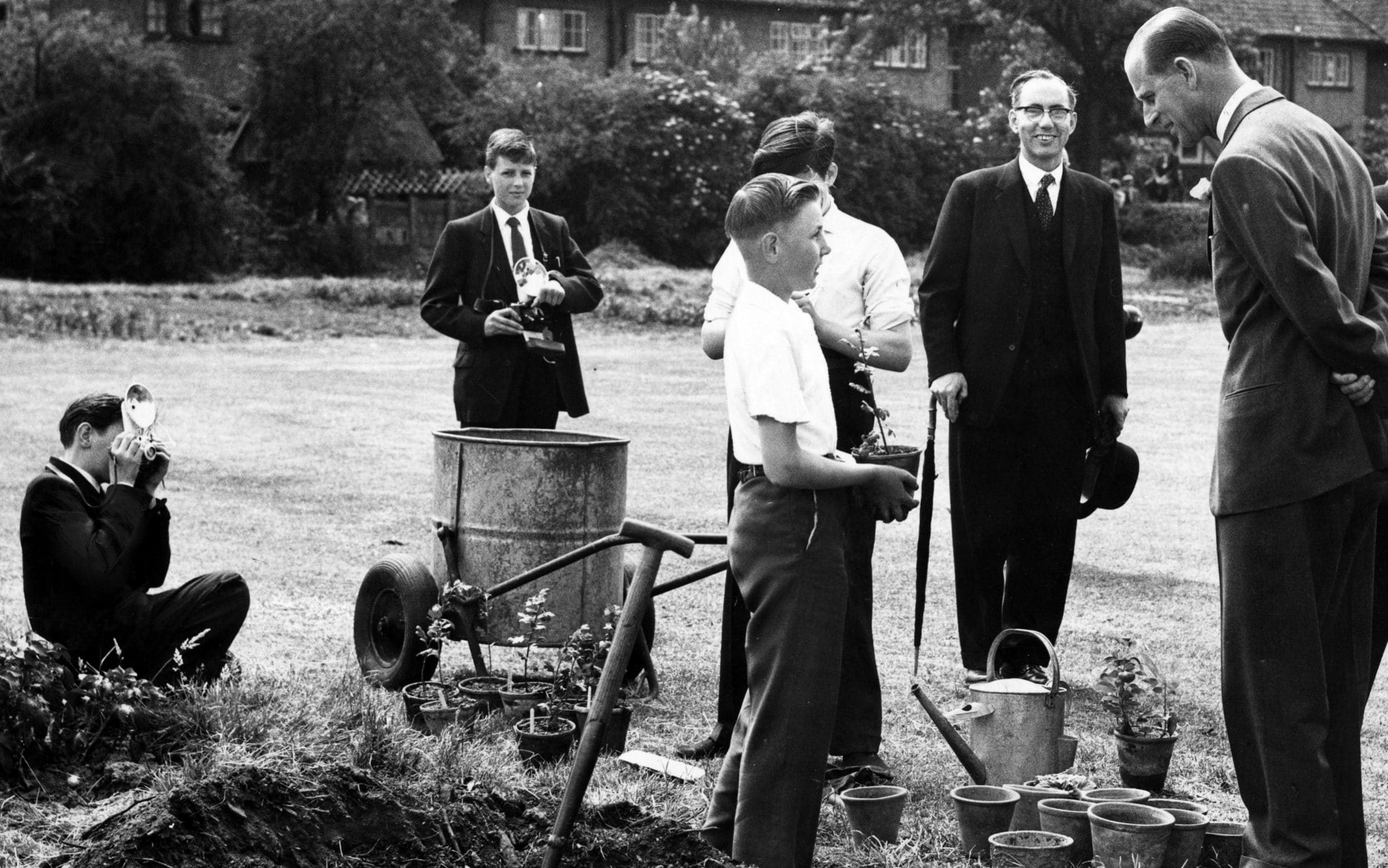 The Duchess of Cambridge, athlete Dame Kelly Holmes, actress Alice Beer and naturalist Steve Backshall are among the famous faces to have completed the Duke of Edinburgh’s Award.

The Duke’s idea of the awards as a self-help scheme for growing up are said to have been inspired by Dr Hahn, one of the founders of the Outward-Bound Trust, whose motto was “there is more in you than you think”.

Dr Hahn, who founded the boarding school that would later be hated by Prince Charles, reportedly instructed the Duke: “My boy, I want you to set up an award scheme like the one we had at Gordonstoun”.

But there were difficulties in the early days as a number of politicians were wary about the proposed title for the scheme – the Royal Badge.

Others had concerns about a prince with German family connections being involved in the development of youngsters in post-war Britain, and some feared that what he was trying to set up would have some echoes of the Hitler Youth.

But the Duke’s perseverance meant the project moved forward. An activity-based County Badge Scheme was created and then a committee was set up, which included the four-minute mile athlete Roger Bannister.

Finally, in 1956, the project was launched with the Duke as patron in order to give young people “a sense of responsibility to themselves and their communities”.

Ms Marvel said at that time there was a post-war generation of young people who needed a sense of structure and direction, and the Duke recognised that need having benefited from it himself at school.

The award programmes take between one to four years to complete and are designed to help young adults under the age of 25 navigate adulthood by completing a number of tasks including volunteering, training or completing an expedition.