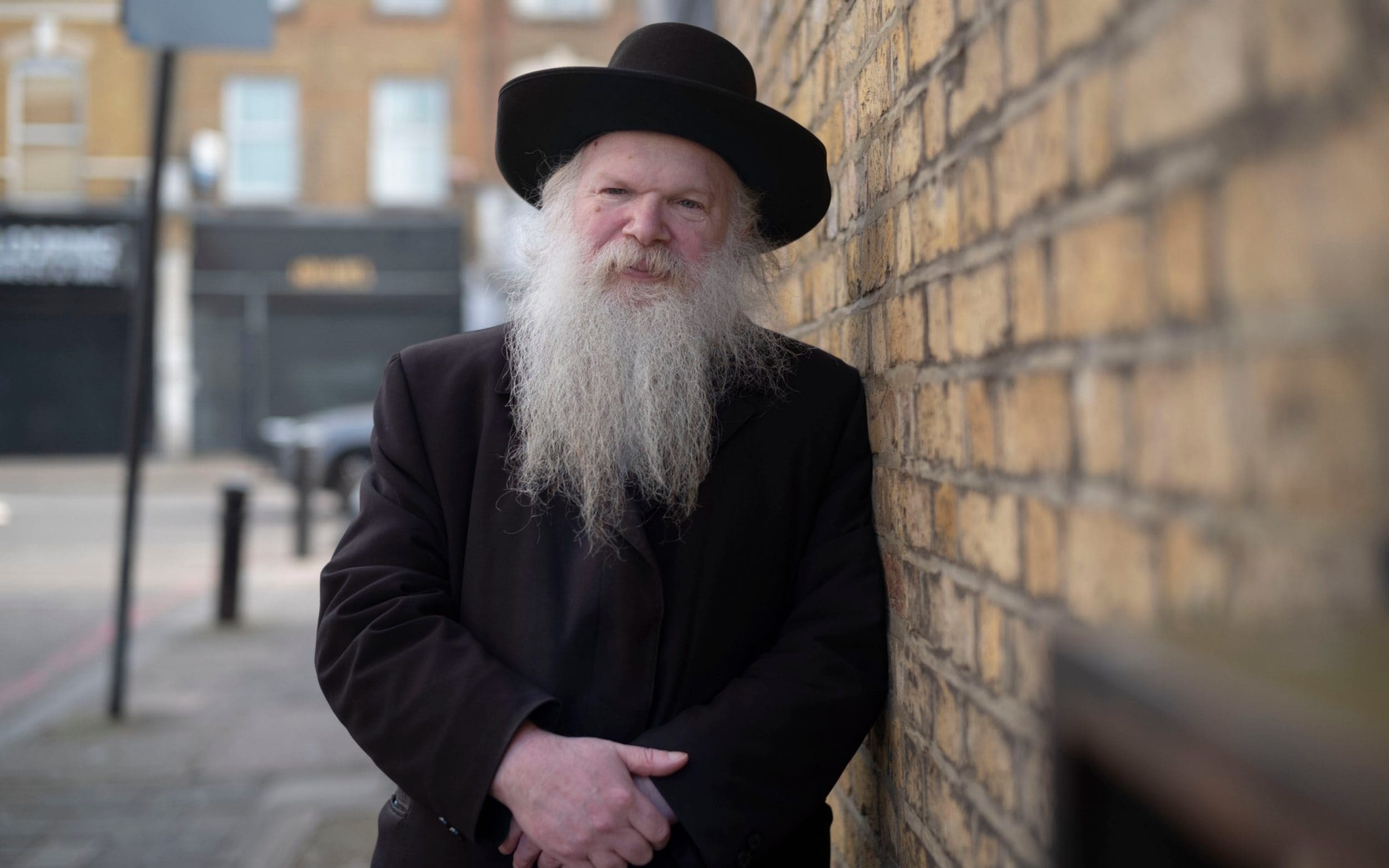 Today in Stamford Hill, north London, Purim is less of a celebration and more of a test: can its Orthodox Jewish community, who were recently found to have one of the highest reported Covid rates in the world, curb the spread?

In ordinary years the streets would be carnivalesque; floats filled with children in fancy dress, music ringing out and observers weaving between one another’s houses, dancing with friends and dropping off mishloach manot (baskets of gifts and food) before a dinner with dozens of guests.

“It is the opposite of social distancing, it’s social proximity,” explains Chaya Spitz, chief executive of the Interlink Foundation, an umbrella group of Orthodox charities, and a “more festive and jolly day than any other in the Jewish calendar”. Not so in the age of coronavirus; the streets are quiet, save for a minivan taking essential workers’ children to school.

Local faith leaders have warned this year’s celebrations must be contained to individual households – not just for their own health, but to address a rumbling wider distrust that the community is playing by its own rules. Last month, with weddings in England still only permitted under exceptional circumstances, police raided a Charedi (ultra-Orthodox) union around the corner, where 150 had gathered. Large parties employ spotters who warn of authorities approaching, according to one whistleblower, who said that multiple celebrations of up to 200 people – including one where “the bride was Covid-positive” – were happening “every day”.

A few weeks later the London School of Hygiene and Tropical Medicine (LSHTM) published its study: blood samples of some 1,200 members of the 15,000-strong Charedim in Stamford Hill, who were tested for SARS-CoV-2 antibodies, suggested 64 per cent had Covid in the first wave (rising to a rate of 75 per cent among adults) – matched globally only by Manaus, one of the poorest cities in Brazil. By contrast, recent estimates from the Office of National Statistics suggest the overall population infection across the UK for the same period was just seven per cent.

Rabbi Herschel Gluck OBE is one of many local faith leaders for whom these recent revelations have hit hard. Though he is clear that rule-flouting occurs only within a tiny minority, it has been enough to cause “shock and introspection, and the feeling that we have to do better”. Purim is the perfect vehicle to show that heed has been taken, then – not least because last year’s festival is thought to have been one of the causes of the rapid spread documented in the LSHTM study.

The lining of the streets last March (the date varies each year), when residents clasped hands and sang, mingling unfettered in neighbours’ households to eat hamantaschen (poppyseed-filled pastries) and drop off the charitable donations central to the holiday, took place just two weeks before the national lockdown. A year on, everybody in the tight-knit community knows somebody who died. “People have not forgotten those early weeks when Covid took such a toll, and everybody is anxious for a safe Purim this year,” Spitz says. Festivals are just one suspected cause of the Stamford Hill spread, the LSHTM research points out. Like many ethnic and religious minorities who have been disproportionately hit by Covid, the largest strictly Orthodox Jewish community in Europe is replete with bigger-than-average multi-generational households, which often tip into double figures (making isolation of the infected all but impossible), higher rates of comorbidities and social deprivation.

The pandemic restrictions have been anathema to a group with closeness at its core, let alone one which has scant access to the internet or television news and consumes mainly Hebrew media.

In December, the Office for National Statistics found black and South Asian communities had been worst affected by Covid – with a mortality rate of double or 2.5 times that of white Britons in the first half of 2020 – thanks to many of the same reasons (poorer socio-economic conditions and multi-generational living) as well as men being likelier to have high-risk jobs. In the second wave, the proportion of deaths among the Bangladeshi community grew larger still. The effect of Stamford Hill’s high rates of first-wave transmission on deaths is not entirely clear, according to Dr Michael Marks, co-author of the LSHTM study, though he says the lower population age (the higher number of children brings down the average) could be a mitigating factor. The role of herd immunity also remains to be fully understood.

Keeping transmission low during this third lockdown has become the principal focus here. One local GP reports that “the spirit of ‘they don’t like us – we don’t care’ is strong in Stamford Hill”, where the community began burgeoning in the Twenties. There is a barrier between the Charedim and trust in secular institutions, the Hackney Council website states, with a relationship that has sometimes been “combative” due to “distrust of the council’s motives”.

The borough’s infection rate has been in line with the rest of the capital of late, and attempts at better unity this time around are being well-received, both sides note, with the council and police working with the community to co-produce leaflets, billboards and adverts outlining safe practice in local Hebrew media.

Over the last 12 months, life has been radically altered for everyone. Yet the Charedim, for whom communal indoor gatherings are an essential part of existence, have felt this more than most, argues Rabbi Dr Natan Slifkin. When a pandemic hits, he opined in The Jewish Chronicle last month, the community has two options – it can “cause tremendous harm to their way of life. Or they can once again be heroes who are fighting against the authorities that are trying (for whatever reason) to cause tremendous harm to Yiddishkeit [Jewish customs]. It’s a no-brainer for them.” Death, he wrote, is “an unfortunate but worthwhile price to pay”.

This is not so in Stamford Hill, Rabbi Gluck tells me, where there is “complete consensus among rabbis” that the threat of Covid cannot be ignored. The loss of senior community figures, including Rabbi Avroham Pinter, a beloved local leader and Hackney councillor who died in the first wave, aged 71, have helped to hammer this message home.

In other Charedi communities around the world, less notice appears to have been taken. Infection and death rates have been disproportionately high among the group in Israel, where 12.6 per cent of the populace now account for 28 per cent of the country’s Covid fatalities; flames tore across Bnei Brak, a city east of Tel Aviv, last month in clashes between ultra-Orthodox rioters and police. A few days later a funeral procession of thousands – predominantly without face coverings – coursed the streets of Jerusalem, contravening lockdown orders.

As for vaccine hesitancy, which has contributed to outbreaks of viruses such as measles in Charedi communities in New York and Israel in recent years, those in Stamford Hill believe local take-up of the jab has been going well. Hatzola, a local volunteer emergency response group, has run vaccination drives with Hackney’s GP confederation for around 600 residents over the past two Saturday nights. “There was so much demand,” Spitz says of those who “braved the icy weather to get vaccinated.” Along with providing transport for those otherwise unable to attend, Hatzola is confident that vaccinators being members of the Charedi community themselves boosts attendance further, and are planning a third drive in March.

For the time being, just as Christmas could not continue as normal, nor can Purim, Spitz knows. But infection levels appear to be levelling out, both within the community and across the country. And, if the dancing and music and big family dinners can return next year, the sacrifice will have been worth it.

Brewer continues to honor his late wife, others with ovarian cancer by brewing up research money