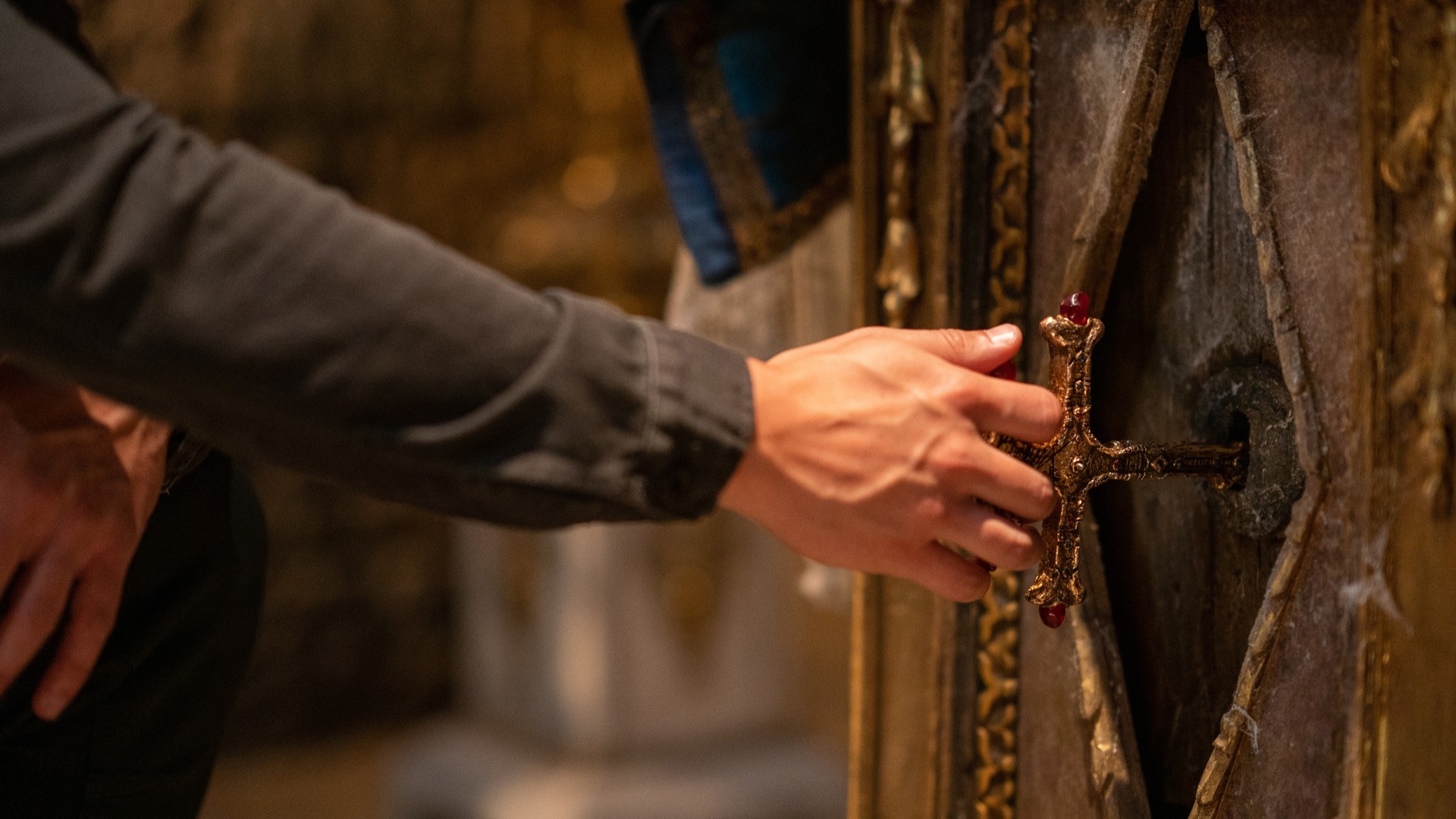 As a new year treat, the Uncharted movie has gifted us with new images taken from the highly-anticipated upcoming film.

Admittedly, they don’t give much away. One depicts a golden cross on an olde worlde mappe that’s used in the next image as a mysterious key. The third shows an old statue covered in dust and cobwebs while a skeletonised animal hangs ominously in the background, and the final one shows another close up of an old map, only this one’s a little different from the first. And… well, that’s it, really.

They’re not all entirely new, of course; a couple of these images had previously been revealed on Nolan North’s Retro Replay channel just before the holidays.

ICYMI, it’s official – the Uncharted movie wrapped filming in October. The long-awaited action-adventure film will serve as a backstory for Nathan Drake, the protagonist of the video games of the same name.

The perpetually unlucky Uncharted movie was delayed due to the spread of coronavirus earlier this year, with executives halting pre-production – originally “for at least six weeks” – because of the COVID-19 pandemic. The delay came shortly after Antonio Banderas joined proceedings in an unknown role.

Venom‘s Ruben Fleischer was the seventh (and thankfully final) director tied to the film, which is due to hit the big screen on July 16, 2021.

Holland openly praised the Uncharted movie script, calling it “one of the best scripts [he’s] ever read.” It was written by Hollywood duo Art Marcum and Matt Holloway, who wrote Iron Man, Transformers: The Last Knight, and Men In Black: International together.

Here’s our roundup of all the upcoming video game movies.